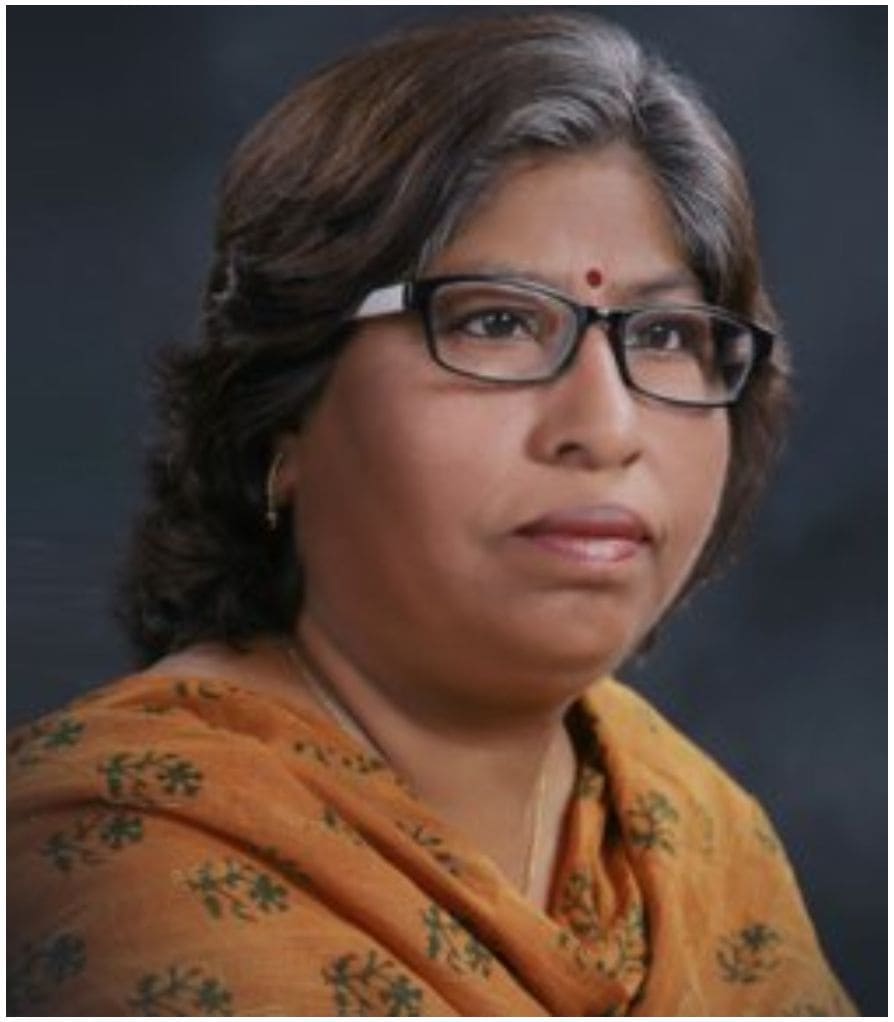 Rajni, Tilak, Rajni Tilak alias Tilak Kumari was one of the renowned feminist leader, human right champion, author, editor, free lance journalist, panellist and institution builder. She was born on 27th May 1958 in a poor Chamar (Jatav) family at Basti Rajaram, Jama Masjid in the walled city of Delhi. Her father, Master Dularey Lal was the first tailor among the then untouchables in Delhi. Her mother Smt. Javitri Devi was a homemaker. Rajni Tilak had four brothers and two sisters. She worked as a clerk in the Enforcement Directorate in the Union Ministry of Finance. A staunch believer in Dr B R Ambedkar and his teachings, she married to a Bhangi (Balmiki) man. She is survived by a daughter, whom she educated in best institutions in India and abroad.

Ms. Rajni Tilak was a renowned writer, critique and editor of several books. She edited Abhimooknayak, from August 1996 to November 1999, when its founder, editor and publisher, her younger brother, was on his sabbatical in Australia. She founded Andolit, a magazine voicing the issues, concerns and struggles of Women. She is accredited with writing first non-Marathi book on Savitri Bai Phule titled as Bharat Ki Pahli Shikshika Savitribai Phule in 1998. She edited several volumes of Samkaleen Bhartiya Dalit Mahila Lekhan. She translated and re-wrote autobiographies of Shantabai Dani and Shanta Krishna Kamble in Hindi titled as Dhoop Chhanv and Naza.

She authored more than a hundred poems and published poetry books titled as Padchaap (2000) and Hava Si Bechain Yuvatiyan (2015). She wrote her biography Apni Zameen Apna Aasmaan (2017). She also authored several other books, including Muktikami Dalit Nayikaayen (2012), Dr Ambedkar aur Mahila Andolan (2012), Dalit Stree Vimarsh aur Patrakarita (2016). Several of her works are yet to be published. These are Premchand Ki Sampoorn Streeparak Kahaniyan, Dr Ambedkar: Stree Chintan Ke Dastawez, Hamne Itihas Ghada Hai. She also authored 100 of others articles for Abhimooknayak and other newspapers and magazines, published from different parts of India.

Ms. Rajni Tilak was an institution builder. She was among the founAfter a brief illness, she died on 30 March 2018 at St. Stephen Hospital in Delhi.ders of Centre for Alternative Dalit Media, National Confederation of Dalit and Adivasi Organisations. She founded Kameri Dalit Mahila Sangatahn (KADAM), Yashdhara Trust and Rashtriya Dalit Mahila Andolan. She was also very active in Shaeli, and other women organisations.

A feminist and human right champion

She travelled abroad several times. She was among the few who, on behalf of the India’s Dalit participated in World Conference Against Racism, held in Durban in South Africa. She sat on Hunger Strike in Durban for 10 days. As a leader of Dalit Women of India, she represented them in World Social Forum held in Porto Alegre in Brazil in 2005. She also travelled to Nepal, Pakistan and Srilanka.

She was honoured with several awards for her achievements. National Commission for Women awarded her with Outstanding Women Achiever Award in 2013. She was awarded with Dr B R Ambedkar Mahodyama Prachara Seva Ratna Award by the A.P. Bhawan SC/ST Welfare Association.

After a brief illness, she died on 30 March 2018 at St. Stephen Hospital in Delhi.

Any cookies that may not be particularly necessary for the website to function and is used specifically to collect user personal data via analytics, ads, other embedded contents are termed as non-necessary cookies. It is mandatory to procure user consent prior to running these cookies on your website.